At the annual West Australian Spatial Excellence Awards (WASEA) 2016, our own Viet Nguyen received the Postgraduate Student Award for his work on streamed lossless 3D models.

Viet’s thesis, supervised by Drs Sonny Tham and Aneesh Krisna (Amristar & Curtin University), proposed a new way to provide 3D models for web based GIS called AQSlim. The novelty in AQSlim is that it allows the streaming delivery of three dimensional (3D) models with all of the following features: 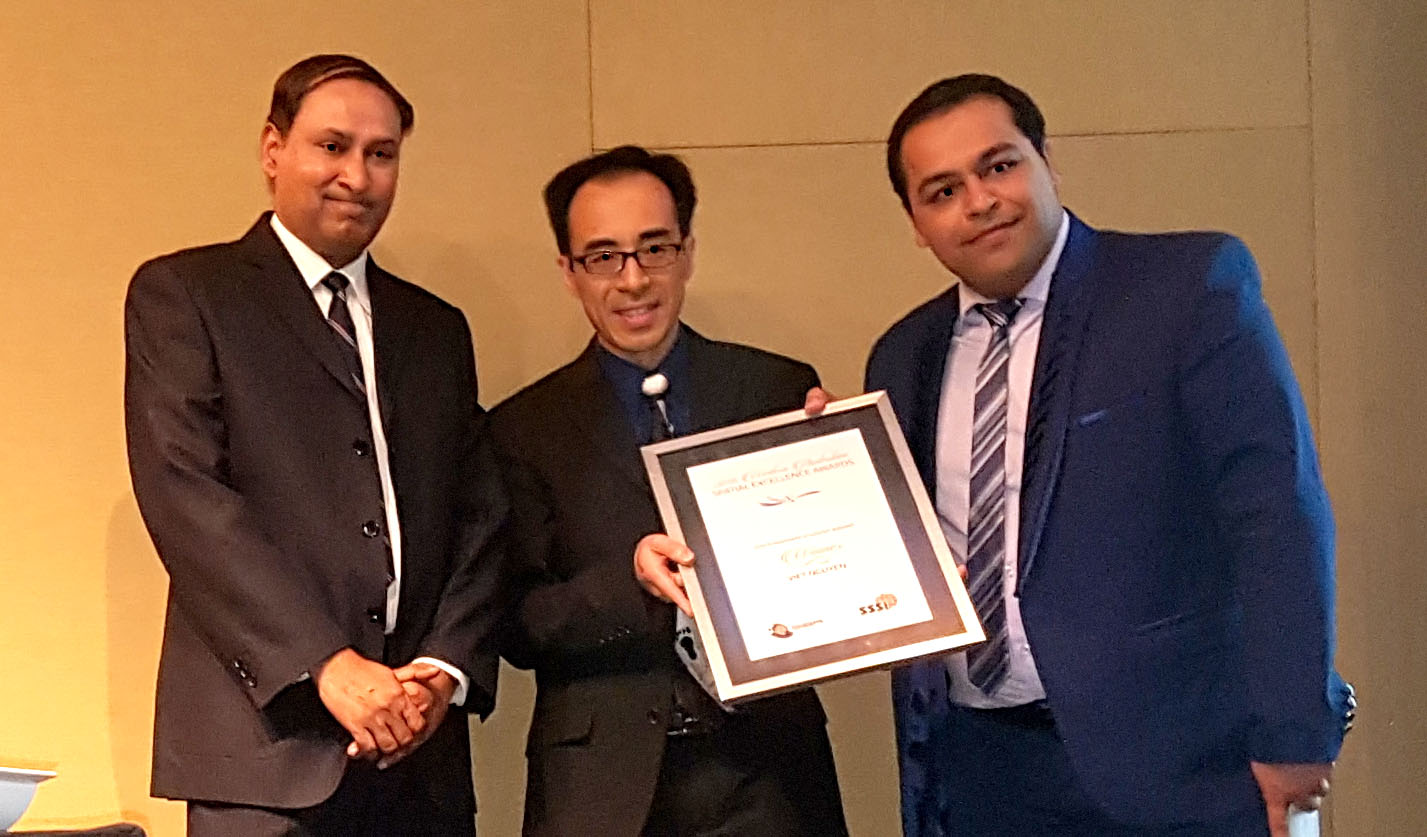 Viet is enjoying a well-deserved break overseas and was not able to accept his award in person, although both of his supervisors were at the awards ceremony to accept the award on Viet’s behalf.

The next step is the Asia Pacific Spatial Excellence Awards (APSEA) on April 5, 2017 in Sydney at the Digital Earth Symposium, Locate ’17.

… Good luck to Viet for APSEA!

Some extracts of the submission to the awards:

Large and complex 3D Triangulated Irregular Network (TIN) models are increasingly common in GIS. The sheer complexity of the TINs when applied on the broad scale of GIS means their use is severely constrained by computing resources. Despite the popularity of such TINs, Web GIS is currently incapable of interactively manipulating and efficiently rendering them.

The project addresses such limitations by proposing a novel method, called AQSlim, to drastically simplify large and complex 3D TIN models to a complexity appropriate for the viewing scale. AQSlim uses a set of clever criteria to remove superficial details from the TINs while preserving important topological characteristics. The simplification is completely and incrementally reversible.

When required, AQSlim can use the simplified model to losslessly reconstruct the original TINs through streamed updates. We believe AQSlim provides a key component to the realisation of fully Web-delivered 3D GIS.

The prior state of the art in 3D Web delivery use retransmission of complete models whenever higher detail is required. AQSlim offers lossless reconstruction of the original TINs in00 incremental levels of detail. This novel approach avoids the requirement to retransmit redundant data, and permits the delivery of a compact base model which can be augmented through streaming a set of efficient refinement records. The AQSlim TIN compression technique allows the original TINs to be derived on demand with arbitrary fidelity at high efficiency.

To simplify the original TIN, AQSlim performs a vertex-merging routine. In essence, two vertices are merged and their shared faces are removed. To obtain high visual fidelity, AQSlim employs a set of rigid and mathematically-proven geometric criteria to pick optimal vertices. The more deviation a vertex merge causes to the fidelity, the less likely it will be performed. The original topology is protected by several stringent constraints. A vertex merge only occurs if it passes both the geometric and topological checks.

AQSlim uses a directed graph-based structure to process TINs. Not only does the structure allow efficient access to faces and vertices, but also it is a key component to derivation of compact refinement records for progressive, incremental reconstruction.